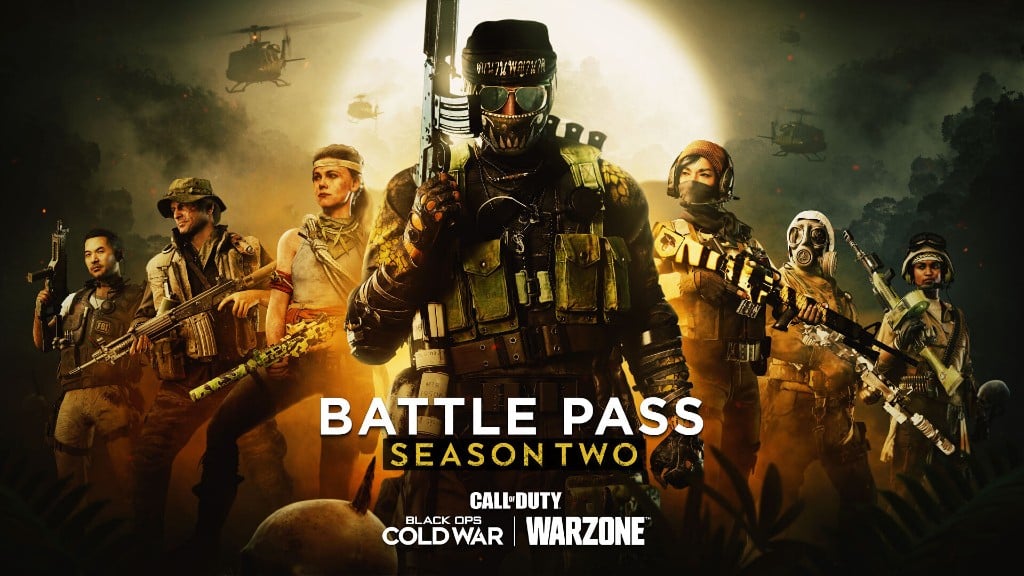 The following post is not a leak, nor is it datamined information. It is simply a theory that we’ve crafted with the evidence available from every corner of the Call of Duty universe.

Does that mean this is false? No. However we think it is very important that our readers understand this is not confirmed information in any way, shape, or form. This is simply an educated guess.

With that out of the way, let’s move on to the meat of it. Please, fasten your seatbelts and firmly secure your tin foil hat. We’re going for a ride.

The Vodyanoy is Headed to Verdansk

If you’ve played Rebirth Island in Warzone you’ve probably noticed that there USED to be a large Russian cargo ship off in the distance. This ship is named the Vodyanoy, and it’s coming to Verdansk. Every day since the first teaser for Season 2 of Warzone players have noticed an ominous dark cloud over the ocean consumed with lightning.

Coincidentally the Vodyanoy has always been directly underneath, there’s a connection there, surely?

This is no coincidence. The storm has consistently stayed over the Vodyanoy since it was first spotted off the coastline of Verdansk just days ago. Players have been receiving ominous distress signals as well. These started on rebirth, and represent the first mentioning of the Vodyanoy by name. They also informed us that it’s cargo was secure and headed to Verdansk.

The distress signals have grown more grim with each passing day. The newest distress signal, which has been abruptly taking over player’s audio and visuals in Warzone, features the Russian crew saying the following before being drowned out by their own screams.

“What have we done?! There was an infection outbreak. I’m afraid we won’t be able to contain it.” The message ends with the crews screams and a clear struggle. So, what the hell happened?

New Season 2 dialogue teasers are in #Warzone, here’s their translation.

What have we done?! There was an infection outbreak. I'm afraid we won't be able to contain it.

How Zombies Will be Introduced into Verdansk

We’re going to cut straight to it, it’s quite obvious that what’s onboard this ship is some sort of zombie outbreak caused by Nova 6, Aetherium Crystals, or a deadly mixture of both.

Evidence for Zombies being introduced by the Vodyanoy:

Our current working theory is that the crew of the Vodynoy will all be either deceased or turned to the undead by the time they make landfall in Verdansk. This will lead to a subsequent crash of the ship, which will then lead to whatever “outbreak” has been on board being spread throughout Verdansk.

Here’s the real kicker though, the Vodyanoy’s name has much more meaning than we are being led to believe. Let’s take a look.

What is that Thunderstorm / Black Cloud?

The Russian Ship headed for Verdansk, the Vodyanoy, has a very interesting name. 👀

Could the Dam be changing with Season 2? 🧐

Haven’t seen anyone point this out, but it seems like foreshadowing to us. #Warzone #BlackOpsColdWar pic.twitter.com/1I34FVeOKn

So, we put on our thinking caps and started to do a bit of research into some of the peculiar occurrences involving the Russian cargo ship. The thunderstorm that seems to follow it like a dog on a leash is the first area of concern. What the hell could that be?

Interestingly enough, the Vodyanoy gets it’s name from Slovic (Just think Russian) mythology. The Vodyanoy is described as such:

Now I don’t know about you, but to me that sounds awfully suspicious. Not only does the Vodyanoy already show all the signs of a precursor to something huge happening in Verdansk, but it also is named directly after a Russian Mythological creature that breaks dams and is ruled by a man on a Black Cloud who can CREATE NEW RIVERS AND LAKES!

If you look near the Port of Verdansk you will surely notice entry ways for water and even a spillway running all the way down from the Dam across the map. It’s long been theorized that something would be happening with the Dam, as it’s one of the most stale parts of the entire Warzone map and genuinely isn’t fun ending a game at. (Note the previous dam theory has been disproven since it’s original posting.)

It’s also currently difficult to tell if the Vodyanoy will be landing in Verdansk during the Cold War era, since we are following Stitch’s abduction of Adler, or if it’s in present day Verdansk.

We won’t theorize on that part, we’ll leave the time traveling theories to someone else. Though we do think that one has lots of credence to it.

That about sums it up with the Vodyanoy. That’s really the meat of what we wanted to cover, but we will continue to spitball a few theories about future content coming to Warzone throughout Season 2.

“🧼 : Half a click off the coast. Things are really heating up out here...”

Excited to see you coming back to Task Force 141, ya muppet. #Warzone pic.twitter.com/VRwmNAigUA

It’s unclear yet exactly WHEN we will see Soap in Warzone, but we all know now that it is a guarantee that he is coming. He has a full operator bundle that will release alongside him. The real problem with figuring out his exact arrival is that it’s so shrouded in ambiguity.

New content for Modern Warfare has been known about for months now, however no studio has mentioned anything about any of it. There are currently maps, weapons, and more that we are still expecting to be added to Modern Warfare 2019’s content.

It is plausible that Soap will not appear until the end of the event and the beginning of *potential* transition to the Cold War iteration of a Warzone Map. We know his whereabouts, the only issue is that the timelines have become so convoluted it’s hard to know if the Vodyanoy is even half a click off the coast at the time of Price and Mactavish’s last exchange.

This is the one that everyone has been waiting for… the big kaboom. There’s several clues leading us to believe that this is the direction that Warzone will be going. The largest of all the clues is that Season 2 of Black Ops Cold War and Warzone is being advertised as “Beginning of the End.”

This leads us to several conclusions. Some of which being:

Will The Zombies Outbreak Bring an End to The Cold War?

Will the zombies / Dark Aether outbreak be threatening enough to convince both sides to come to a truce? Did they realize that there was no hope of defeating the outbreak alone, and that defeat meant the end of the world as we all knew it?

Did both sides agree to evacuate and rebuild Verdansk after nuking it to rid it of the Zombie infestation? There are so many open ended questions here that we could honestly go on forever. We will save you the time and finish up by breaking down the key points of our theory.

For all of you with short attention spans out there (like me), this section is for you.

Thanks for taking the time to our read our crazy, whacky, Call of Duty Warzone theory. Only time will tell what fate truly awaits Warzone and our operators.

If you enjoyed the change of pace for content, or had any thoughts of your own or suggestions, please be sure to leave them down below!

We will do our best to respond to any and all of them.