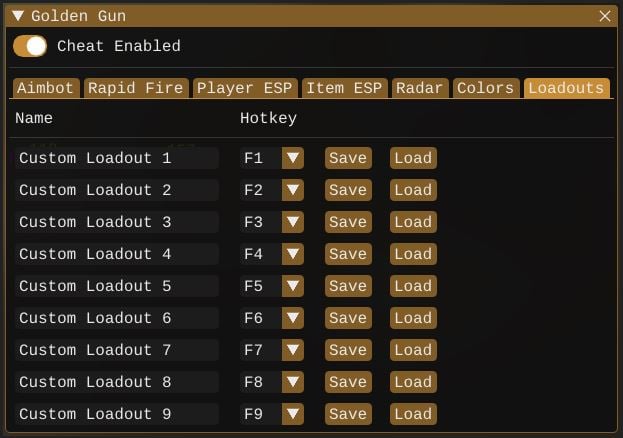 Activision Shuts Down Golden Gun, One of the Top Call of Duty Cheat Providers

Ahead of RICOCHET’s Warzone launch (delayed to the 8th of December), it seems like Activision is taking legal action against cheat providers. Today, moderators of the Golden Gun Discord server released an announcement to their customers. Informing them that they’ll be shutting down development and support of their Call of Duty cheats. This includes any and all Activision related titles.

BREAKING: One of the most popular Call of Duty and #Warzone cheat providers, Golden Gun (GG), has announced that they are no longer supporting software for Activision titles and are ceasing all development for these titles. pic.twitter.com/Bigs5Lmhs9

What does this mean?

A Cease and Desist (C&D) usually means removing the products in question from the store front. In this case, removing them from advertising and being available to purchase on the site. It’ll also include destruction of the software in question, which includes various versions of the cheat and any support provided to 3rd party resellers. Of which Golden Gun had many resellers. It’s quite common to find many cheap cheats which beared a resemblance to Golden Gun’s UI, update schedule and tool set.

Finally, it’ll include the disclosure of revenue – made from the selling and support – to Activision. Given previous estimates on other providers, a fair estimate of Golden Gun’s monthly revenues is around 70 – 100K a month.

Failure to follow the order would leave Golden Gun open to a bigger lawsuit. Given Activision’s resources, it’s in Golden Gun’s best interest to listen.

A dent to the rage/cheap cheat scene.

Golden Gun was one of the cheaper, go-to cheats for users that liked to rage hack. Being one of the first to bring the popular rage feature, Silent Aim, to Warzone. They were also responsible for the feature behind the flying motorbike clip you may have seen a couple months ago.

Most cheap cheats you could easily find on Google were actually Golden Gun. Usually rebranded and resold by resellers with Golden Gun getting a cut. This C&D doesn’t just impact Golden Gun, but the vast amount of cheat resellers who depend on them. It’s not the whole cheating pie, but a pretty nice slice.

While C&D’s can be quite powerful domestically, they don’t always have the same weight internationally. The country in which the company receiving the C&D plays a large role. A 2018 article mentions EO being located in Germany and shut down requests from Activision that went ignored. The reason given, “Since the requests came from a law firm in the United States and was based on US jurisdiction, Skyfail said it had ignored the requests.”

I’m not a lawyer, so I can’t attest to the validity of that claim, but I believe that EO would be first on the list of providers Activision would like to shut down through legal means. They most likely have tried in the past, but haven’t found success for legal reasons. Of course, this is all speculation and we won’t know the truth till either party speaks on the matter. Hopefully we see more movement on this soon.