Activision Has Filed A Major Lawsuit Against EngineOwning

Late Tuesday, CharlieIntel broke news that Activision had filed a lawsuit against EngineOwning. One of the more infamous cheat providers in the Call of Duty scene. 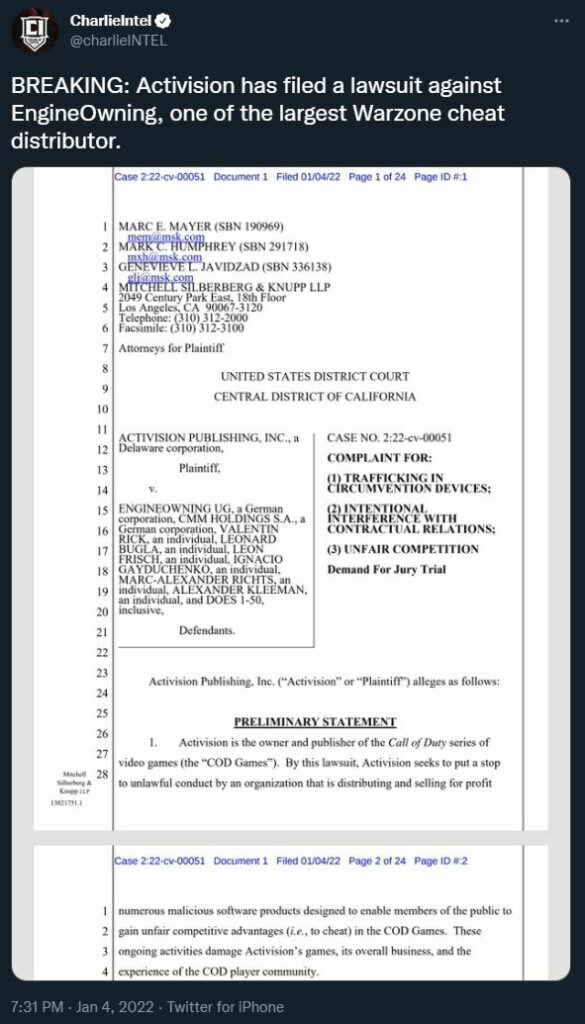 The lawsuit states that “Activision seeks to put a stop to unlawful conduct by an organization that is distributing and selling for profit numerous malicious software products designed to enable members of the public to gain unfair competitive advantages (i.e., to cheat) in the COD Games.”

The lawsuit also goes on to claim that “These ongoing activities damage Activision’s games, its overall business, and the experience of the COD player community.”

Here’s a link to the lawsuit filing for those interested.

This is Much More Than a Cease and Desist

Unlike the Cease and Desists (C&Ds) Activision has sent cheat providers in the past several months, this lawsuit seems more concrete. Listing out individuals involved with the EO operation. 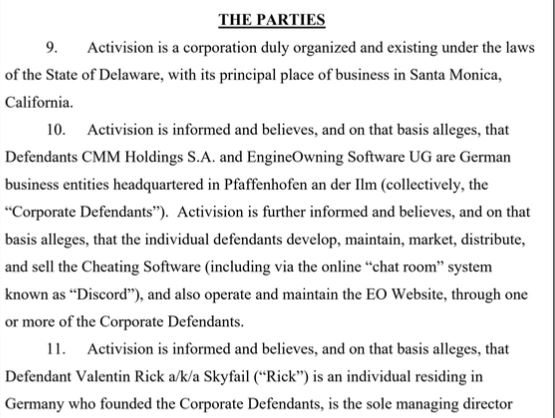 This legal action is typically what a company would respond with AFTER multiple C&Ds have been ignored. In-fact this is exactly what the lawsuit alleges, lining up with the 2018 article from the German outlet, Heise Online.

In the article, Skyfail (“Rick” in the court documents) claimed to have ignored previous C&Ds from Activision. At the time claiming, it was due to being outside US jurisdiction.

Skyfail also claimed to have sold EngineOwning to another party, but the lawsuit claims he lied and is still in charge of EO’s operations. 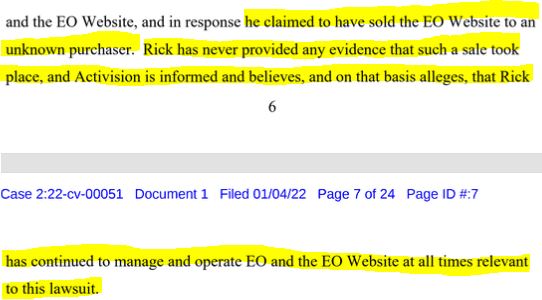 EngineOwning is based in Germany. What’s the point of a lawsuit?

This jurisdictional argument isn’t exactly clear-cut. Courts uphold foreign judgements all the time because there are entire treaties regarding mutual benefit between nations, written specifically for this purpose. While laws regarding tech may be archaic, I don’t think they’d attempt to file this lawsuit unless they knew there’d be some impact. We’ve also seen similar lawsuits result in impact abroad.

The most common response right now is “But EO is still up and running.” This is still an initial complaint, there’s still a whole bunch of steps between this and any legal settlement. The lawsuit asks for EO’s official legal response in several key areas, notably asking for access to EO’s financials (profit, revenue, etc). That’s not all, the lawsuit also asks for $2,500 in damages, per infraction. After all is said and done, the total fine could fall in the 8-figure range.

Like most things with the legal system, this lawsuit will take time. EngineOwning is entitled to defending themselves, and they probably will. Although, how long can they defend themselves? That’ll remain to be seen. If this lawsuit is anything like the Blizzard v. Bossland lawsuit, which went on for years and was a grueling battle for both sides. We may not see a settlement in this case for years (assuming EO responds of course).

A whole section of the lawsuit is dedicated to jurisdiction. It seems like Activision is specifically targeting EO’s United States operations. This extends to their hosting providers, billing processors and companies they do business with, within the United States. 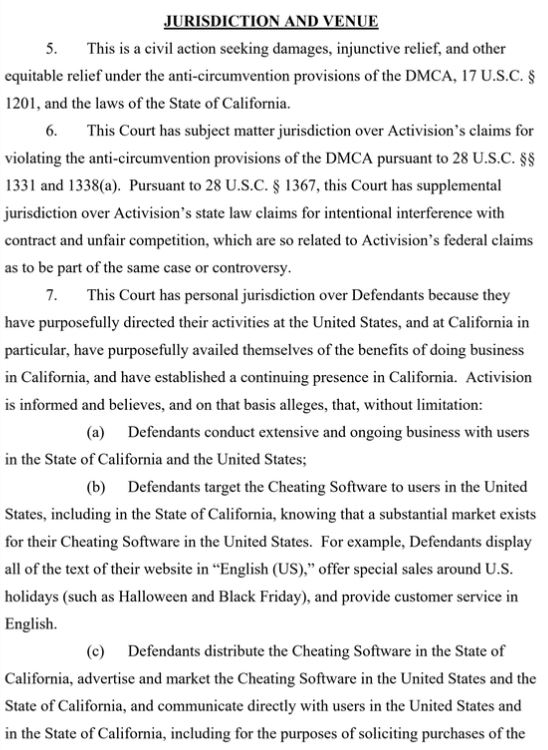 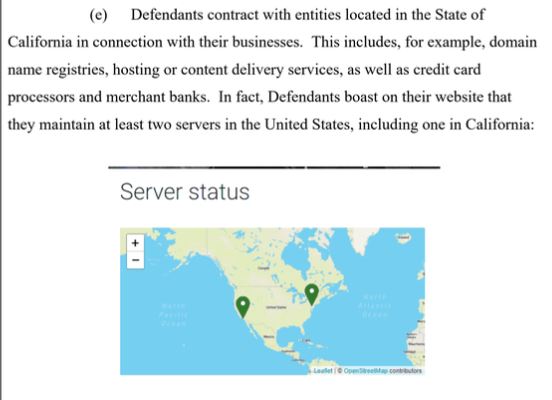 If RICOCHET Anti-Cheat Works Why Is Activision Suing?

A proper Anti-cheat effort requires a “three-prong” approach. Software, Moderation and Legal. It’s the same approach used by publishers like Riot and Epic Games. Both of which sue cheat providers all the time. It’s not the sign of a weak anti-cheat, but a sign that publishers are taking seriously the threat cheaters pose to their games.

Why Did It Take Activision So Long To Sue EngineOwning?

Putting together an airtight lawsuit can take a while. That’s not to mention supplemental things like investigating EngineOwning’s operation. Like most lawsuits, it’ll be awhile before the general public hears of any judgements or results.

In-fact several hours prior to news of the lawsuit breaking, the EO telegram dropped a video alluding to development of their Overwatch cheat.

Regardless, we’ll have to wait to see what happens next. Whenever that happens, you can guarantee we’ll break it down here. Keep it locked to ModernWarzone.com for all your Call of Duty news.