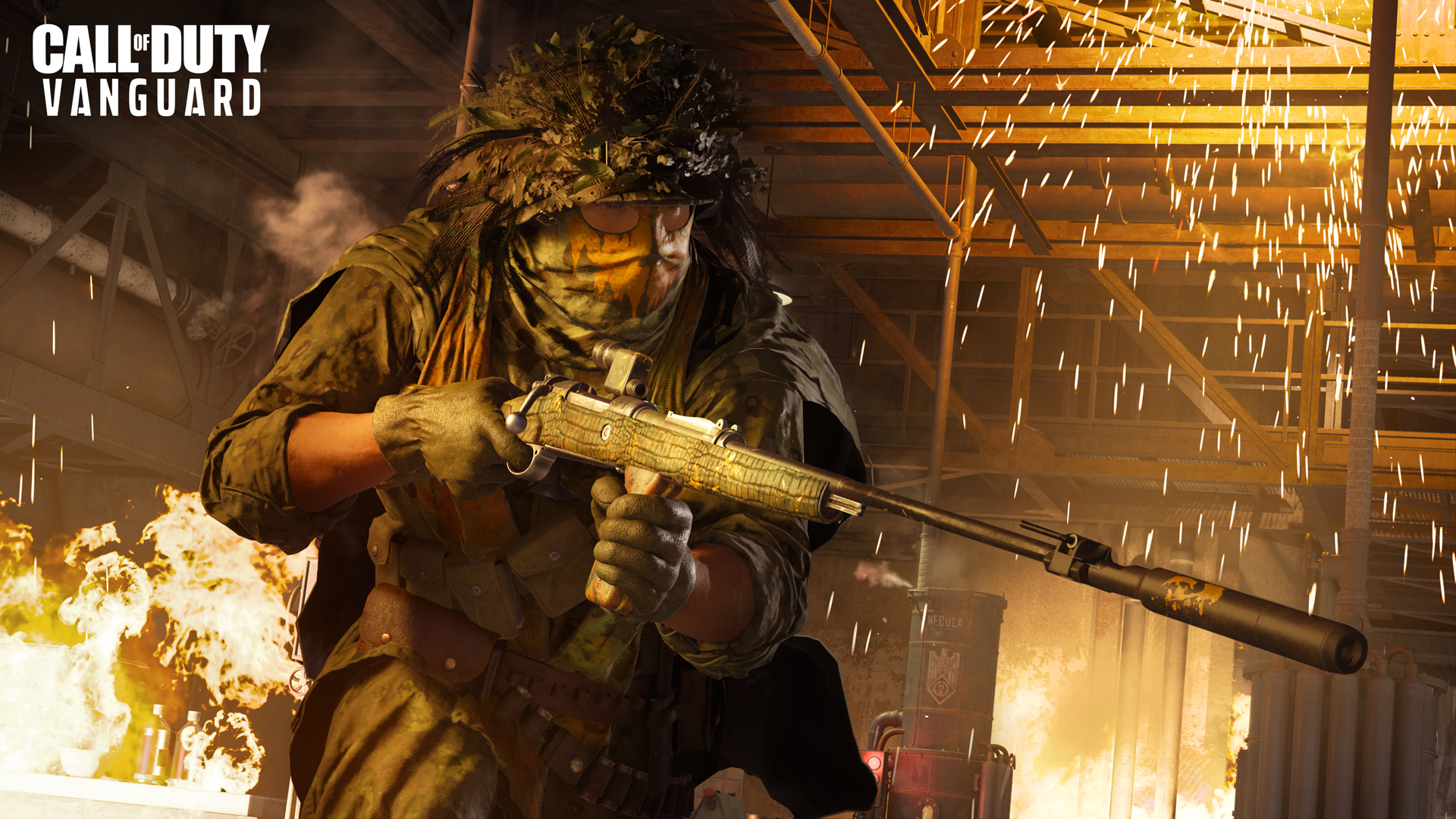 Today Vanguard players were surprised with an early look at new weapons and perks coming with Season 1, via the December 6th patch. While things like the Dead Drop glitch were fixed along with a nerf to it’s recharge speed (1:30 to 3:00 mins), it also brought 3 new weapons and 2 new perks.

Let’s start with the perks. 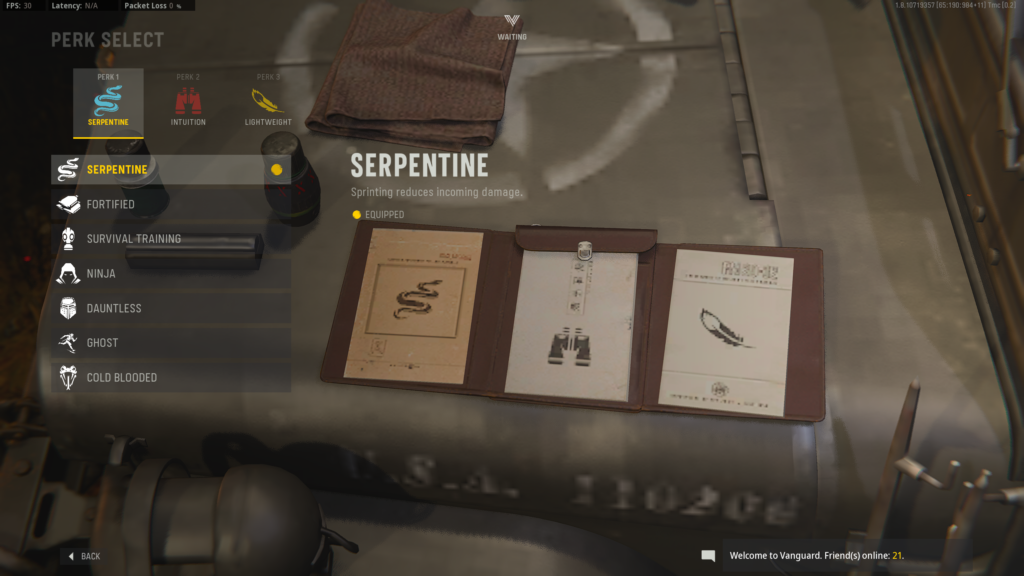 According to the description given in the COD Blog – Sprinting reduces incoming damage. Breaking out into a regular sprint slightly reduces all damage from ballistics and explosives, while Tactical Sprinting can cut damage by more than a quarter of its normal value.

According to some quick testing, it seems that BOTH tac sprint and normal sprint reduce damage by the same amount. About 25% for both bullets AND explosives.

According to the description given in the COD Blog – Your vision pulses when enemies are nearby, even through walls. Similar to High Alert in previous games, but with shorter range, Intuition allows you to perceive threats before they round corners or burst through doors. This is done without the need to suppress them like Piercing Range, making it a more passive option for those looking for more close-range engagements.

When people read this, most immediately jumped to calling it “wall hacks”, akin to Piercing Vision. After some testing, it seems like Intuition works by giving you a white pulse when there’s someone behind cover and then your typical High Alert when spotted. Pay attention to this video, especially at 6 seconds.

Verdict? The two new perks don’t seem as strong as the blog made them out to be.

They combined a smoke and a thermite

I think this video sums it up nicely. The burn of a termite and a long lasting smoke. Expect Shipment to get worse.

The Sawtooth Melee – Acquired at Tier 37

Nothing to write home about. Average lunge range, nothing special.

Capable of a 3 shot chest kill, it’s a high fire rate AR. Although in it’s 1300 RPM Fire Rate configuration, some might confuse this with an SMG. This high RPM build is capable of a 4 shot kill to the chest with Vital. See video below for a look at it’s fire rate.

It also comes with the ability to equip the ammo type, Compressed Rounds which boost your fire rate. 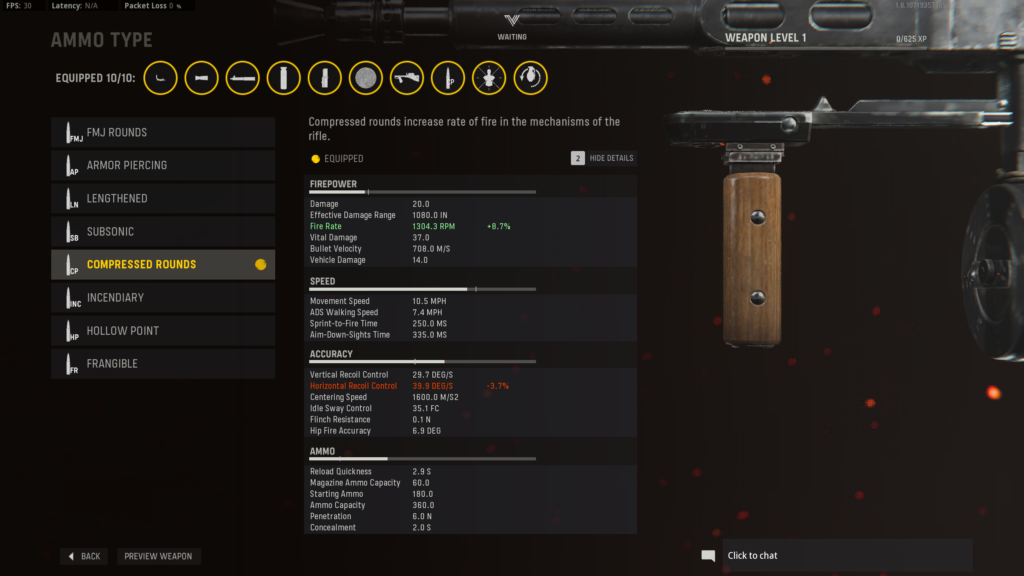 The Gorenko is interesting. At first it comes across as a sniper similar to the Rytek from MW19, but it has the ability to equip two different ammo types. Explosive and Concussive Ammo. 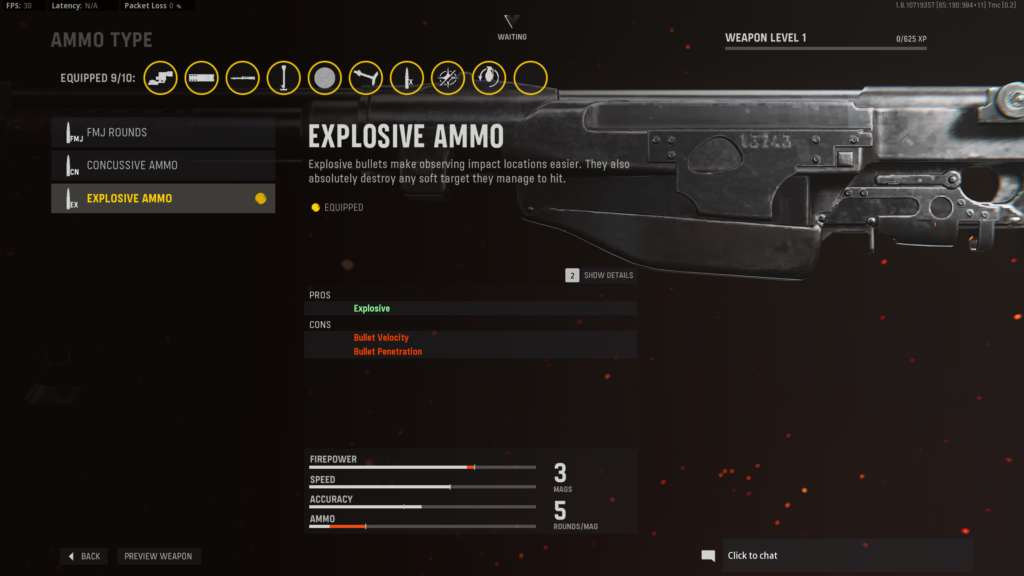 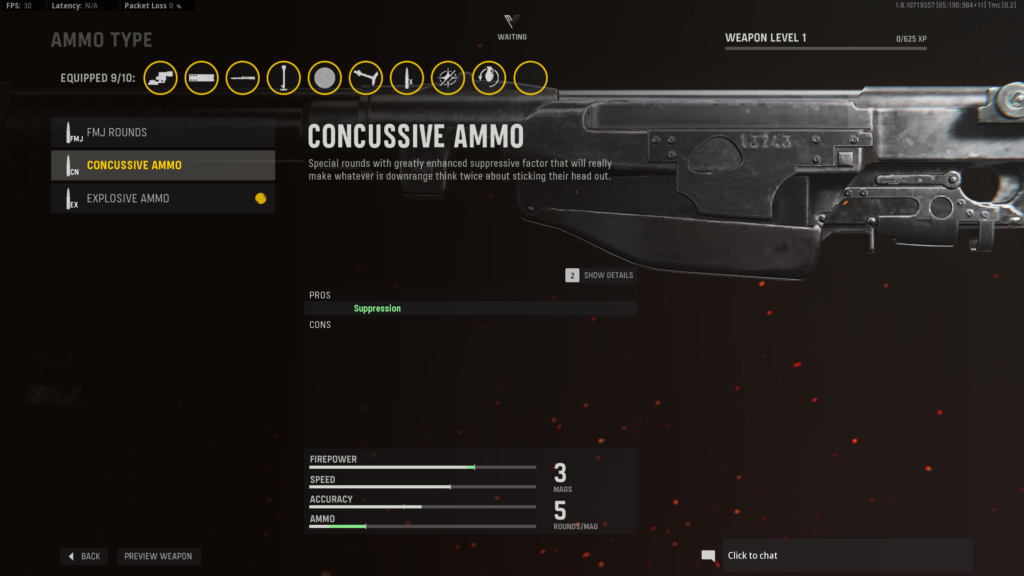 The concussive ammo seems like it’ll be a problem. Flinch already is an issue on some weapons and concussive ammo applies a temporary stun effect which will exacerbate the issue, as seen below.