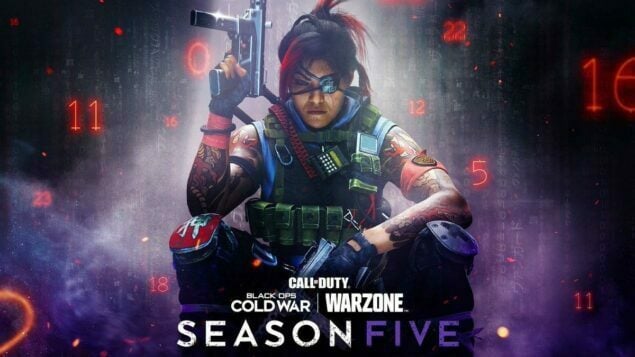 Is the next gen Warzone update enough to appease the community?

UPDATE: A representative from Activision has reached out to clarify a few things about this article. According to them, the tinyurl and placeholder link are “bogus”. The representative would not comment on whether the information associated was based in fact or not, but they would go on to clarify that “all the field of view (FOV) stuff is wrong.” So, sorry to all of the next generation console owners who were excited to get an FOV slider in Warzone, it looks like that’s not happening. At least not yet. – Updated August 4th @ 3:50 PM EST

Call of Duty: Warzone has been struggling with a rampant hacker problem as well as the overwhelming public relations nightmare that is the current lawsuit filed against Activision Blizzard by the state of California. Season 4 Reloaded has come and gone, and it’s time for a new season, new operators, weapons, and most importantly the long awaited next generation console update. (PS5 , Xbox Series S / X)

The next generation console update was first spotted by clever twitter user @BreadisModding who noticed a trend in Raven Software’s seasonal patch notes domains. They use a tinyurl link that is quite simple, in this case it was tinyurl.com/WarzoneS5 which leads back to Raven Software’s website. This is harmless enough, but upon further inspection you can clearly see that the domain that the tinyurl redirects you to actually reads “call-of-duty-bocw-warzone-season-five-patch-notes-next-gen-launch.”

This all but confirms that the next gen console update is arriving with Season 5 of Black Ops Cold War and Warzone, which is set to launch on Thursday August 12, 2021.

What Will The Next Gen Warzone Update Include?

Until Raven Software decides to comment on this story, or release the patch notes themselves we won’t officially know what the next gen update to Warzone entails. However, based on what the community wants and what has been rumored in the past we can speculate on a few things that will come with the update.

It’s long been a complaint of next generation console owners that Warzone offered them next to no advantages from their predecessors. Recently Xbox Series X and PS5 owners received patches that allowed them to run the game at 120fps, but the consoles new power still was not being used to it’s full capability. Back in May Raven Software’s Creative Director, Amos Hodge, spoke with Charlie Intel about the studio’s progress on a next gen update for Warzone.

Among the main things it seemed to be a priority to increase loading speeds by utilizing the new consoles’ SSD as well full 120hz support. However, there still was the looming question about the biggest advantage a Warzone player can have, and that is an FOV slider.

Will Warzone Receive An FOV Slider on Consoles?

The answer is not confirmed as of yet, but all signs point to consoles getting an FOV slider in Warzone, conditionally of course. (NOTE: See update note at top, this information is no longer correct.)

While next gen consoles will most likely receive some sort of ability to customize their Field of View (FOV) settings in game, last generation (Xbox one, PS4) most likely will not be able to achieve this same feat. Charlie Intel once again spoke on this back in February, and stated that from what they had been told was that the dip in performance was too significant with the massive map and player count. This performance dip resulted in a less than optimal playing experience.

For people asking on FOV sliders for Warzone on consoles, the last thing we heard about that was the dip in performance was too significant with the map size + player count that it effected the overall experience of playing.

If anything new comes up on it, we'll share.

Amongst other things it is also rumored that zombie camos will be finally added to Warzone sometime in Season 5 as well. Also, we still have the reveal of COD 2021 (Call of Duty: Vanguard), which will most likely be in Warzone just as Black Ops Cold War’s reveal was.

We will be sure to update this article if anything develops involving this story.

If you haven’t yet, check out our new weekly podcast covering Warzone, Battlefield, Halo Infinite, and more! Episodes are recorded live every Thursday night at 10 PM ET on our twitch channel, modernwarzonelive!

Episode 3 and 4 of the #MWZweekly podcast are now live on Spotify and other podcasting apps! https://t.co/ApmfIMuDLc