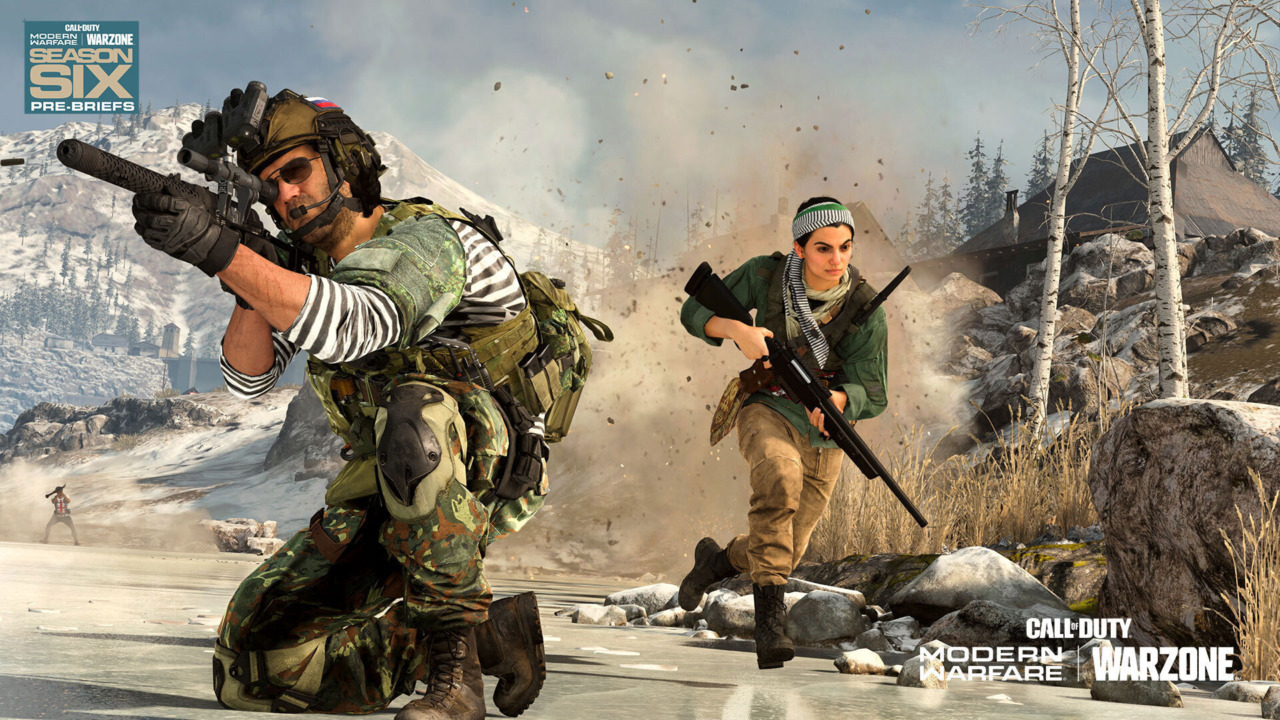 UPDATE: Infinity Ward has officially sent out a patch to tune the AS VAL and SP-R 208 in Modern Warfare and Warzone. The update should be available on all platforms.

A patch is now available across all platforms! This patch includes weapon tuning for the AS VAL and SP-R 208. Click the link to see the full list of fixes! https://t.co/xghzckNymx

The original story goes as follows…

Senior Communications Manager at Infinity Ward Ashton Williams has confirmed that the development team is currently testing a patch that’ll tune the AS-VAL assault rifle and the SP-R 208 marksman rifle in Modern Warfare. If all goes well, that update will roll out “as soon as possible”:

What’s Wrong With The AS-VAL And SP-R 208 In Modern Warfare?

It’s highly likely that you’ve encountered problems with these Modern Warfare Season 6 weapons, but if not, here’s the gist.

As long as you have the 10-round magazine equipped, the AS-VAL can shoot through multiple walls with no decrease in weapon damage. Some players are even launching Snapshot Grenades into areas to find players before spraying into walls.

On a personal note, I’ve seen this exploit in action many times throughout various maps and modes in Modern Warfare. But don’t just take my word for it. Here are a few clips of the AS-VAL exploit in action.

hey guys @InfinityWard, i think you should probably fix the AS VAL... pic.twitter.com/w6PDzYsRA1

So walls have no affect on the 10 round mags for the Val @eColiEspresso #PS4sharehttps://t.co/0wUf9Ep3bB pic.twitter.com/Mg8tAzrNqD

Luckily, the SP-R 208 can’t shoot through every wall on any map. However, many are stating that the marksman rifle is overpowered. The Lapua and Norma round conversions for the R700 are currently hitscan. Hitscan means instantaneous bullet travel, so if you shoot when you are on them, no matter how fast they are moving it is a hit.

Due to those advantages, it’s become one of the most popular weapons in Modern Warfare and Warzone.

Adding on to that point, not everyone wants the SP-R 208 to be nerfed. A lot of people online are loving the way the SP-R 208 is balanced and gushing over how much fun sniping is now. The truth of the matter is it’s clearly bugged and needs to be patched.

We’ll update this story when the update goes live.

For more Call of Duty news, check out our article detailing everything you need to know going into the Black Ops Cold War beta. If you want to see more Modern Warfare news, you should see this article focusing on a glitch that allows players to launch private Warzone lobbies.

Are you excited to see these Modern Warfare Season 6 weapons nerfed? Do you think the SP-R 208 is balanced already? Let us know in the comments below. Also, be sure to follow ModernWarzone on Twitter for the latest Call of Duty news!