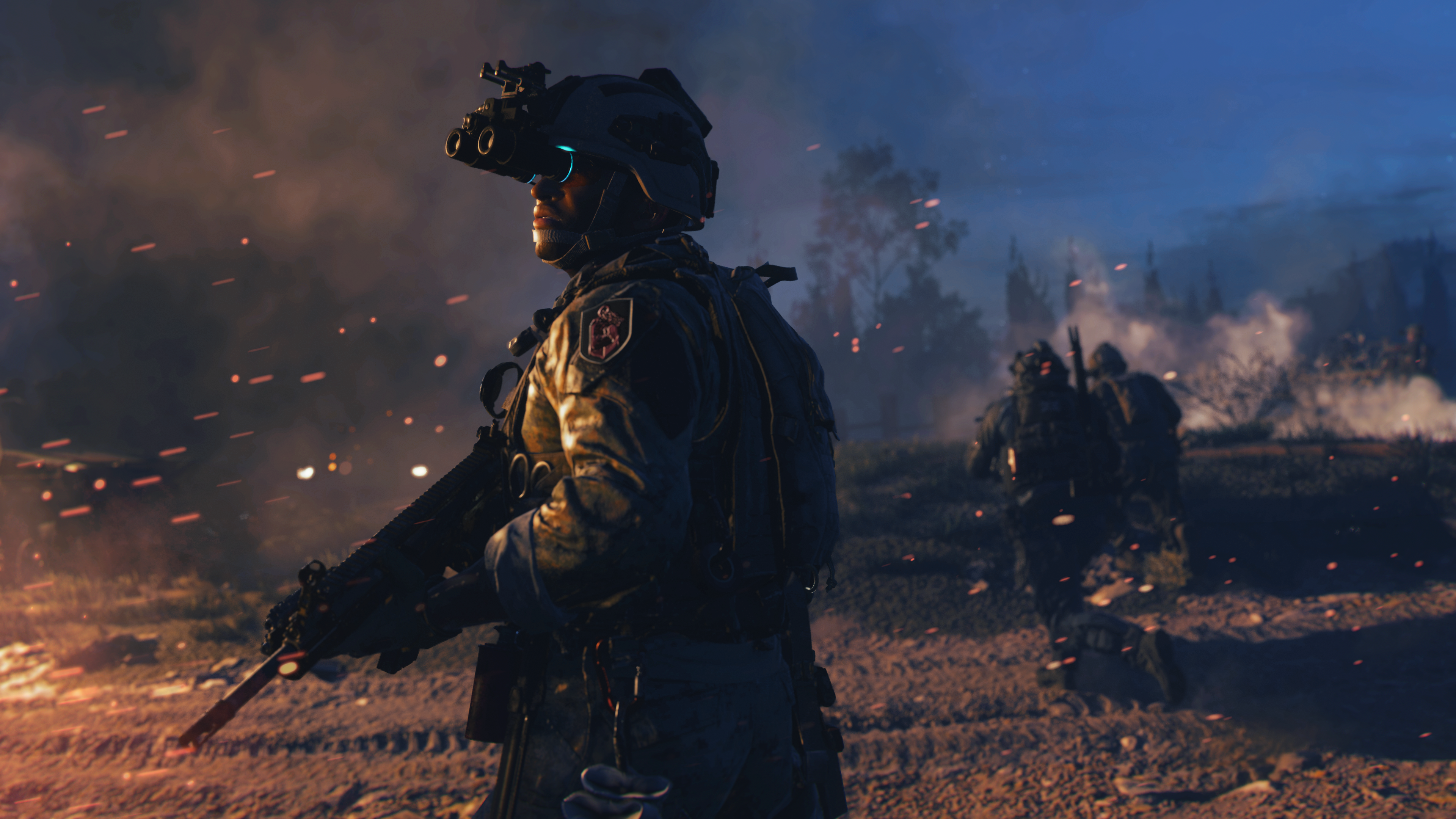 Call of Duty: Modern Warfare II picks up the action as the newly formed (by General Shepherd) Task Force 141 faces a massive global threat 3 years after the events of Modern Warfare 2019.

The action takes players around the world as Task Force 141 works to neutralize a terrorist conspiracy and attack on the US, spanning locations across Europe, the Middle East and Mexico.

“When a US airstrike kills a hostile foreign general revenge is promise… unless Task Force 141 and Mexican Special Forces can stop them.”

While most are familiar with the original Task Force 141 this one is a bit different. Let’s take a look at the characters and the role they will play in the campaign.

Note: All of the following information comes from a presentation given at Infinity Ward studio. Activision and Call of Duty flew ModernWarzone out to see the game early. Everything we were shown was pre-alpha gameplay. 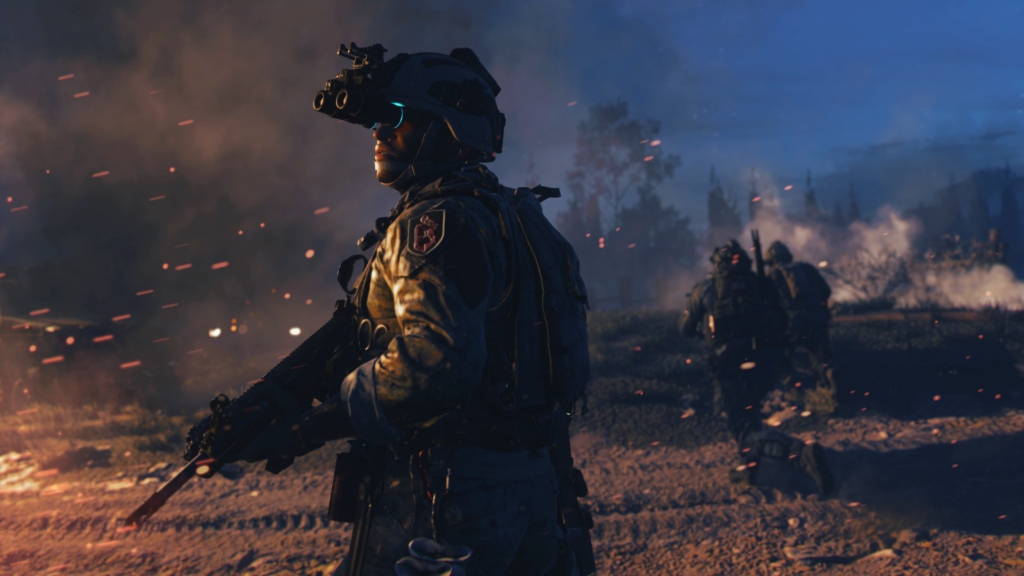 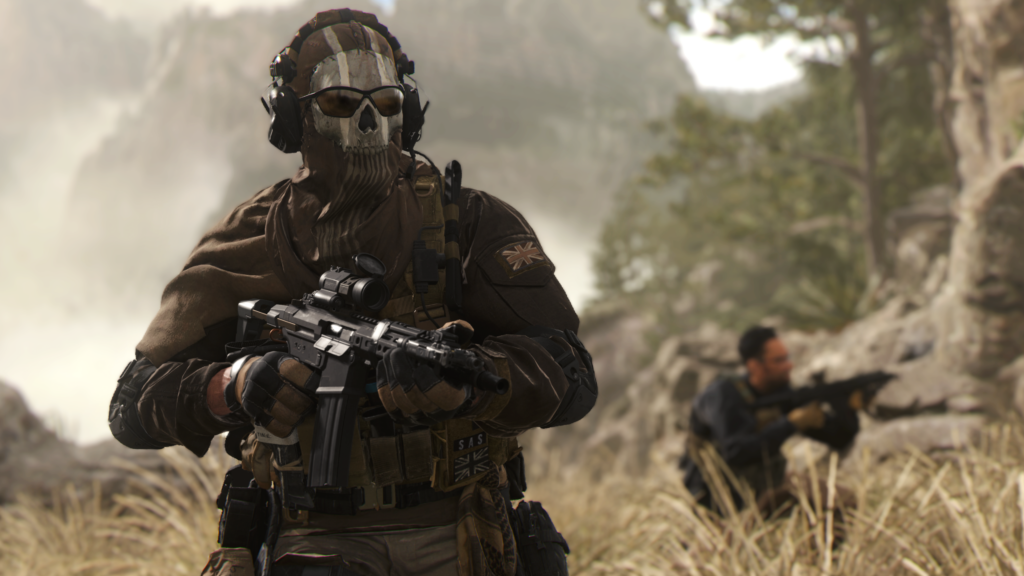 Alongside these characters are several factions such as the returning Al Qatala (AQ), the reimagined Shadow Company from the original Modern Warfare 2, los vaqueros AKA the Mexican special forces, Mexican cartels and more.

Now that we’ve covered the characters and some of the settings, lets talk about the campaign missions that we were allowed to see.

During our time at Infinity Ward studios we were able to see some early gameplay of several different missions. Here’s a rundown of what they were like. 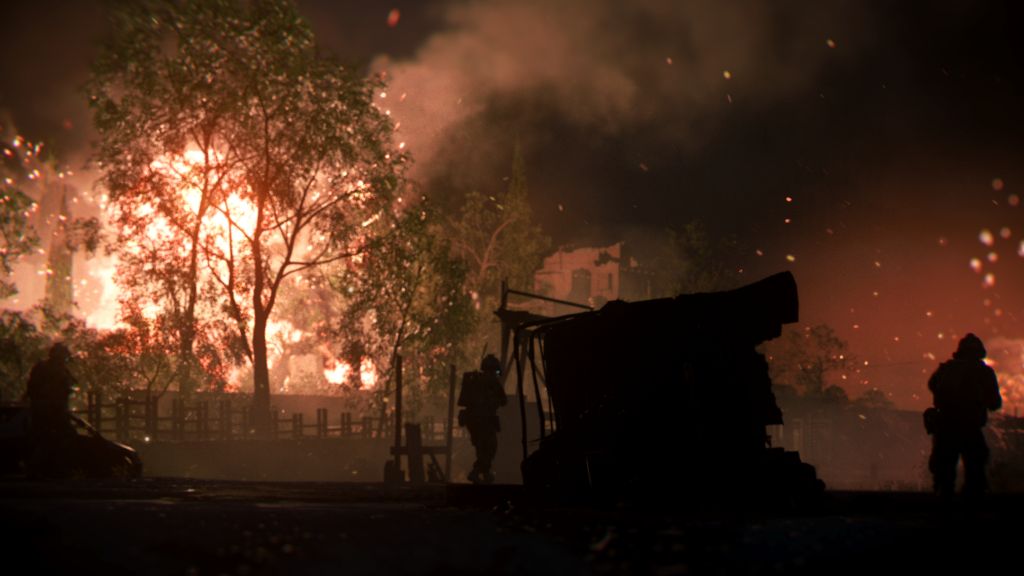 SITREP – Laswell has intel on Major Hassan, he’s been supplying AQ terrorists with advanced weapons. AQ has been bolstered and trained by Hassan and are a better full fledged army as a result of it. There are 3 buildings with a convergence of AQ surrounding them. Laswell believes they’re guarding Hassan.

The mission Nightwar begins with a cutscene of a helicopter flying in at night with Lt Simon Ghost Riley giving the orders to capture or kill.

You are playing as SGT John “Soap” Mctavish. You’re dropped into a field and the gameplay begins after you witness a friendly helicopter being taken down.

Night Vision plays a huge part in the rest of this mission, as it’s extremely dark outside and the rest is clearing buildings for the most part. Real Clean House vibes from MW 2019.

After clearing several buildings with extremely close CQB combat you make your way over to the crashed helicopter with your primary objective being to defend your position.

As you look out towards the treeline, which is only illuminated by nearby fires from the helicopter crash, you see dozens of AQ crossing the horizon. This section immediately made me think of defending the US embassy in MW 2019.

A rocket hits the helicopter and the screen fades to black. Overall this mission felt like a graphics and CQB showcase, which both looked amazing in their own respects. 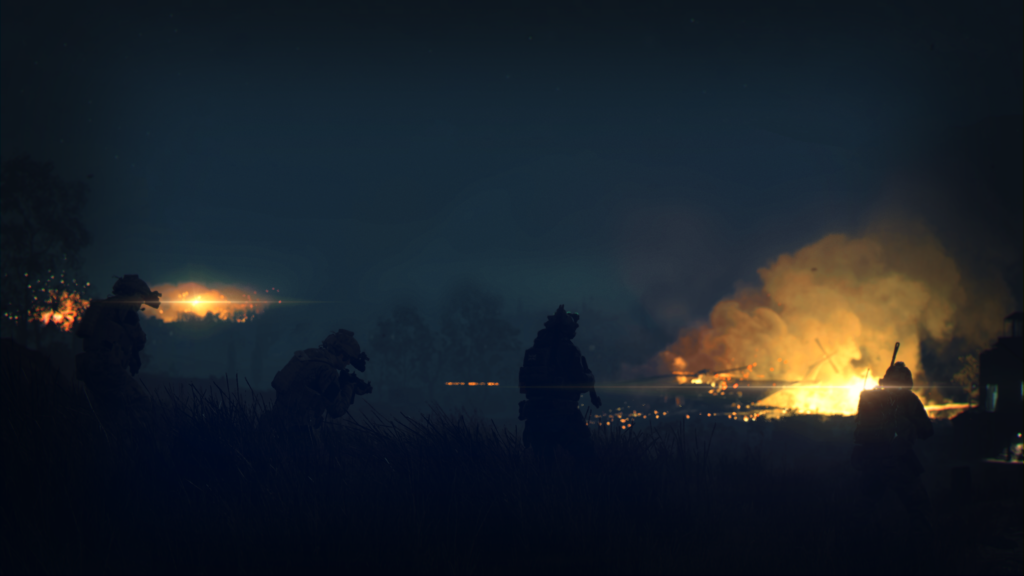 Wetwork begins with Captain Price and Gaz (player) swimming in a small harbor in Amsterdam. Yes, you heard me right. Swimming.

This mission seemed to primarily serve a way to showcase the new water mechanics present in Modern Warfare II as it primarily focuses around stealth and a non linear path to complete the objective.

Gaz and Price split up to take care of threats throughout the harbor. The first kill is an underwater takedown with a knife by Gaz which looked quite good for pre-alpha footage.

It’s worth noting that I noticed AI guards behaving in ways I hadn’t seen them before. They react if they come across dead bodies and will actively search out for the player and will even blindly spam shots and grenades in the water when they can’t find you.

A patrol boat with armed guards is circling the area. It’s up to the player how to tackle the enemies placed in front of them, whether that be with stealth or throwing knives which you could hold up to 6 of at one time, or by going guns blazing.

This is when we learn that guns can be fired underwater and that MWII handles both shooting through water and underwater differently than any other COD game before them.

After disposing of the threats on the patrol boat and throughout the harbor Gaz meets back up with price to infiltrate a local barge.

As they approach the boat they overhear a conversation in Spanish, which is peculiar considering they are in Amsterdam. They breach the barge and kill 3 members of the Mexican Cartel.

They quickly learn that this is a Mexican Cartel and one of the best smuggler organizations in the world.

Price searches one of the cartels members and discovers a phone. After going through his text messages it’s discovered there’s a meeting in one hour.

Setting – A city settings with tons of skyscrapers. To me it looked like Chicago, but I could be wrong.

The mission is very similar to one that we’ve already seen done in Call of Duty Ghosts where players have to rappel both up and down a building stealthily killing enemies before making an entrance into the building itself.

Instead of handling rappelling like they’ve done previously, Modern Warfare II allows you to approach the situation from a normal stance or upside down. Both have their own pros and cons.

The player is using stealth and solving a mini puzzle of what enemies to take out when and where.

This was the shortest bit of gameplay we were shown. It was one of the coolest set pieces though and yet again the graphics were stunning.

Out of all the missions we got to see early, this was by far the coolest and contained the most innovations.

Convoy is a mission entirely comprised of Vehicle driving and combat, but not like we are used to in Call of Duty.

Typically you are placed on some type of stationary turret or position on a vehicle, but this mission shows that is NOT how vehicular combat is going to work in MWII.

In this mission you can drive any vehicle you see, both military and civilian ones alike.

You can lean out of windows to shoot, shoot out vehicles tires to cause them to slow down and lose control, jump from vehicle to vehicle while they’re still moving with the press of a button and more.

I’ll be sure to go in more detail about the new vehicle mechanics in a future article covering all the new mechanics we know of in Modern Warfare II so far.

All of these new vehicle mechanics will be present in Warzone 2. 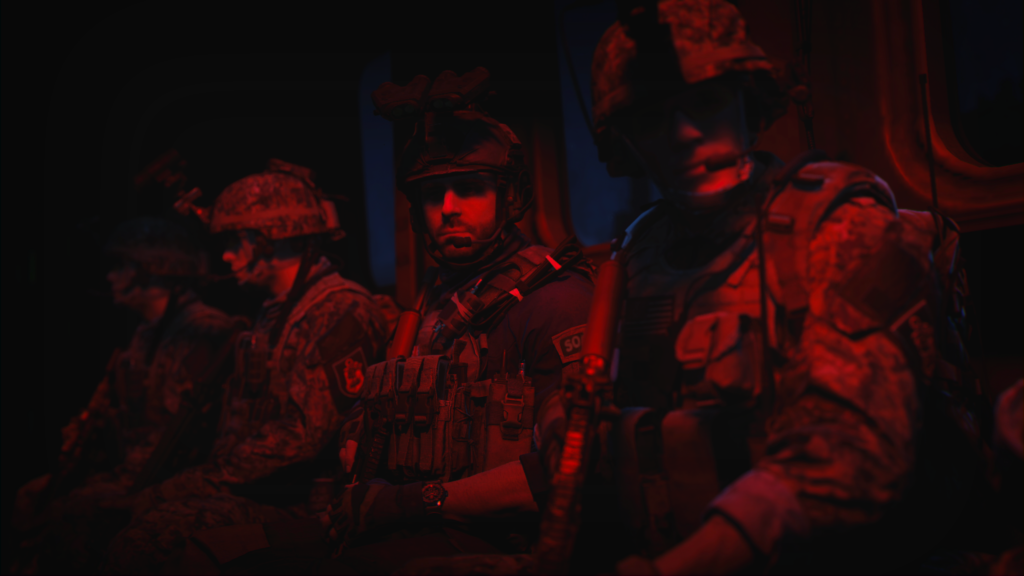 During our presentation it was briefly mentioned that there would be a mission in a massive field in the Northwestern part of Spain. It was said that we would be taking shots from 400 – 500 meters out, accounting for bullet drop and other factors.

The way they spoke about it really made it seem like a rethinking of the original All Ghillied Up mission from Call of Duty 4.

We didn’t receive any further details on this mission or get to see any gameplay of it.

Everything we saw from the Modern Warfare II campaign looked absolutely gorgeous. There are a ton of new mechanics that allow players to tackle situations in a variety of different ways.

The characters we were shown are great but I can’t help but wonder if we will end up seeing Alex, Farrah, General Shepherd or Victor Zakhaev in the campaign.

I tried to go over everything we were shown privately as descriptively as I could while still keeping it brief. There’s much more to talk about in detail but this article was already long enough for a campaign section.

If there’s any questions you have be sure to stop by our twitch channel or twitter to ask them! I’ll be happy to answer to the best of my ability.