Sledgehammer Games Is Rumored To Be Developing Call of Duty 2021 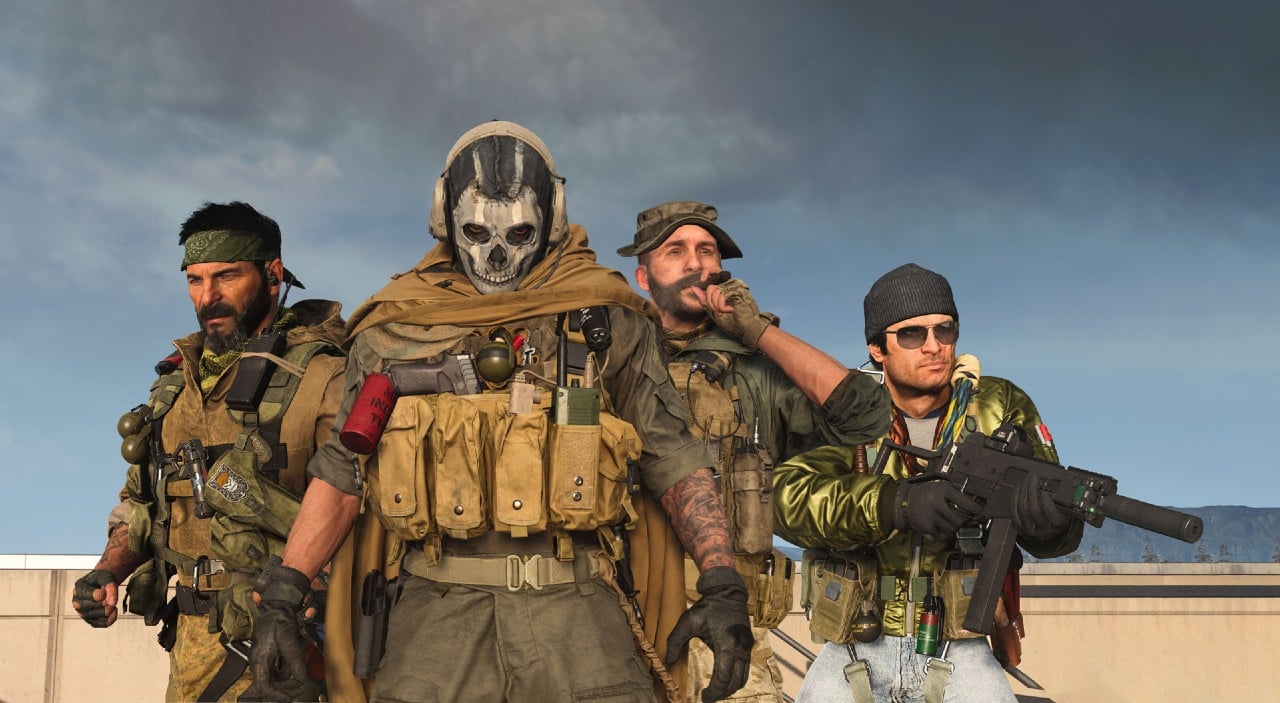 Who is developing Call of Duty 2021? It’s a very simple question that doesn’t really have a simple answer right now. Currently, it’s rumored that Sledgehammer Games (the devs behind Advanced Warfare and Call of Duty: WWII) will be at the helm of this year’s CoD. But, nothing has been verified or confirmed yet.

In this article, we’re going to go over each of the main Call of Duty studios and share reasons why they may or may not be working on Call of Duty 2021.

Before the Sledgehammer Games rumor caught fire, this studio was probably the odds-on favorite for developing CoD 2021.

It just makes sense, right? In 2019, Infinity Ward released Modern Warfare. This was a gritty and morally ambiguous reboot of the Modern Warfare universe. Without spoiling too much, we’ll just say this. Throughout the game and later in Warzone, there are several promising hints at what’s to come in this new rebooted playground.

Whether you love it or hate it, 2019’s Modern Warfare changed everything for Call of Duty. The game was a huge critical and financial success, earning record numbers for the franchise.

Modern Warfare changed the way Call of Duty released content too, with Activision ditching the season pass for the battle pass. This switch kept the player base together while giving users a reason to invest more time and money into Modern Warfare.

Finally, the immensely popular Warzone launched from Modern Warfare! From a purely logical viewpoint, Activision would be insane to not fast-track a sequel. But, there’s a fantastic case to be made for another studio. One that was actually supposed to be the head studio behind CoD 2020. 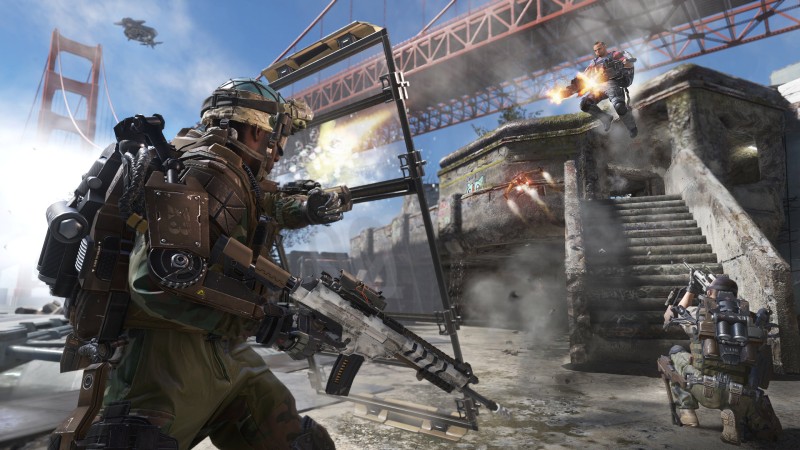 Notable Call of Duty insider Tom Henderson recently posted a video discussing Call of Duty 2021, why Sledgehammer Games will probably be the head dev studio behind it, and why there may be some problems if CoD 2021 is headed up by Infinity Ward.

It’s very important to note that this isn’t a leak. Rather, “a well-educated guess based on development times.”

Nonetheless, it’s a fantastic video that’s worth checking out. You can see it down below.

Sledgehammer Games developing CoD 2021 would be a crazy plot twist considering what we know about the development of CoD 2020.

Back in May 2019, Kotaku published a report stating that CoD 2020 was going through a monumental shake-up with Treyarch taking the reins from Sledgehammer Games.

Sledgehammer and Raven Software, who both reportedly butted heads over CoD 2020, were then put in supporting roles. As we all know, that game would later become Black Ops Cold War.

Knowing about this inner shake-up, the general consensus among many in the CoD community was that Sledgehammer Games were now out and we were back to the old two studio development cycle (Infinity Ward – Treyarch).

Back to the current speculation, although we’ve heard some similar things, we can’t confirm any of the Sledgehammer Games rumors at this time.

For reference for those who didn’t get to see the tweets I deleted, here ya go.

I deleted it because the alcohol had me jumping to conclusions, but now that I’m sober it makes a lot more sense for Sledgehammer to be the next developing studio.

Obviously unconfirmed as of rn. pic.twitter.com/Bi2IUX5kMR

That being said, Sledgehammer coming back to develop CoD 2021 makes a lot of sense. Especially if you think CoD 2021 will eventually be integrated with Warzone.

Sledgehammer recently announced the hiring of over 150 new people with more hirings on the way. So, that could potentially help squash some problems the studio may have previously had with Raven Software (who are one of the main developers behind Warzone).

Additionally, Sledgehammer coming back as a head developer would mean we’re back to the old three-studio development cycle, which could potentially help the quality of each game.

Considering how the pandemic has impacted game development and how Black Ops Cold War has been received so far, giving each studio an extra year would definitely help. 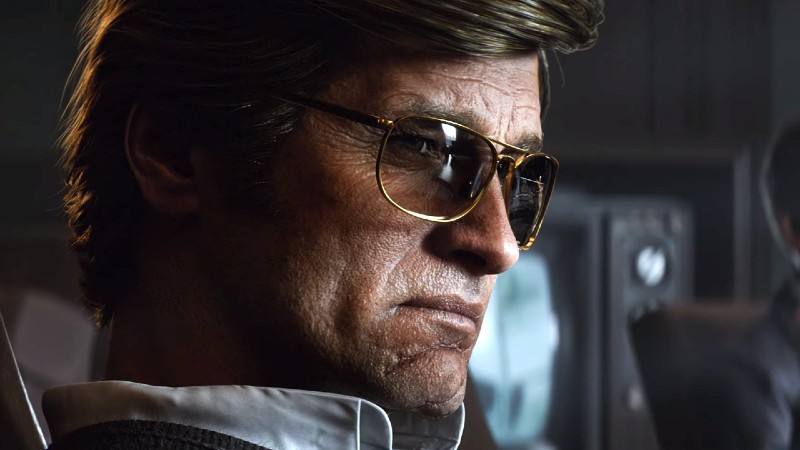 Moving onto the other two unlikely possibilities, we have Raven Software.

Raven Software has mostly been a supporting studio for Call of Duty. But, over the last few years, the team has been tasked with more responsibility. Along with Warzone, Raven Software also designed the story campaign for Black Ops Cold War.

The studio is no stranger to being the primary team behind a game either. In 2010, Raven Software released Singularity, a first-person sci-fi shooter focused on time-travel. The game was reviewed rather well and has a pretty solid Metacritic score.

Even though it would be interesting to see what Raven could come up with in their own Call of Duty title, the team will probably continue to be the glue that ties all these Call of Duty games together. At least for now. 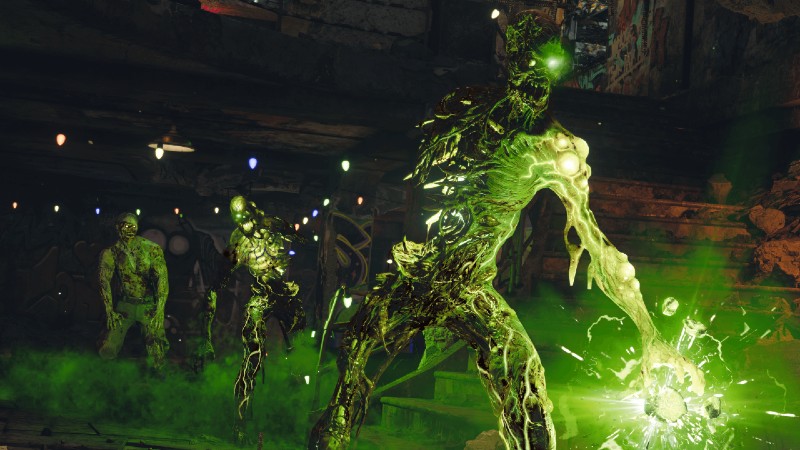 Okay, full disclosure, Treyarch is only mentioned here because we felt that we needed to include all the main Call of Duty dev teams. But, since we did include Treyarch, let’s talk about them.

Again, this was supposed to be Treyarch’s year before being tasked with heading up CoD 2020 (Black Ops Cold War). Regardless, with Black Ops Cold War still so early in its life cycle, it’s safe to say that the team that made Call of Duty Zombies famous won’t be developing Call of Duty 2021.

Our Thoughts On Who Will Develop Call of Duty 2021?

Now that we’ve gone over each studio, we wanted to briefly share our thoughts on the upcoming game and who we think will end up developing it.

Doug – Sledgehammer Games makes the most sense to me with everything we know about Call of Duty’s development cycles so far. If the studios shortened to a two-year development cycle, I think we’d see more of the same issues that Black Ops Cold War is having with bugs and just generally seeming unfinished.

Personally, I’d prefer Activision to hold off a year and focus on making Warzone, Modern Warfare, and Black Ops Cold War better. Especially with COVID-19 having such a heavy impact on game development.

Taylor – Totally agree with everything you just said. Ideally, I think Call of Duty’s quality would thrive from Activision taking a small step back and focusing on what they have on their hands right now.

When it comes to the CoD 2021 rumors, I know some players wouldn’t be too thrilled with Sledgehammer potentially making the next CoD. But, as pointed out in Tom Henderson’s video, it’s practically a new studio with so many new people working there.

And, if Sledgehammer Games were to develop CoD 2021, that then opens the door for a ton of fresh ideas on where the franchise could go next.

That’s all we know about CoD 2021 (so far) and our brief thoughts on it. Unfortunately, we’re probably not going to officially hear about CoD 2021 for quite a while. Still, it’s fun to speculate and come up with these insane theories like Advanced Warfare 2 or Modern Warfare 3 Remastered.

What are you hoping to see from CoD 2021? Which studio would like you like to see at the helm? Let us know in the comments below.