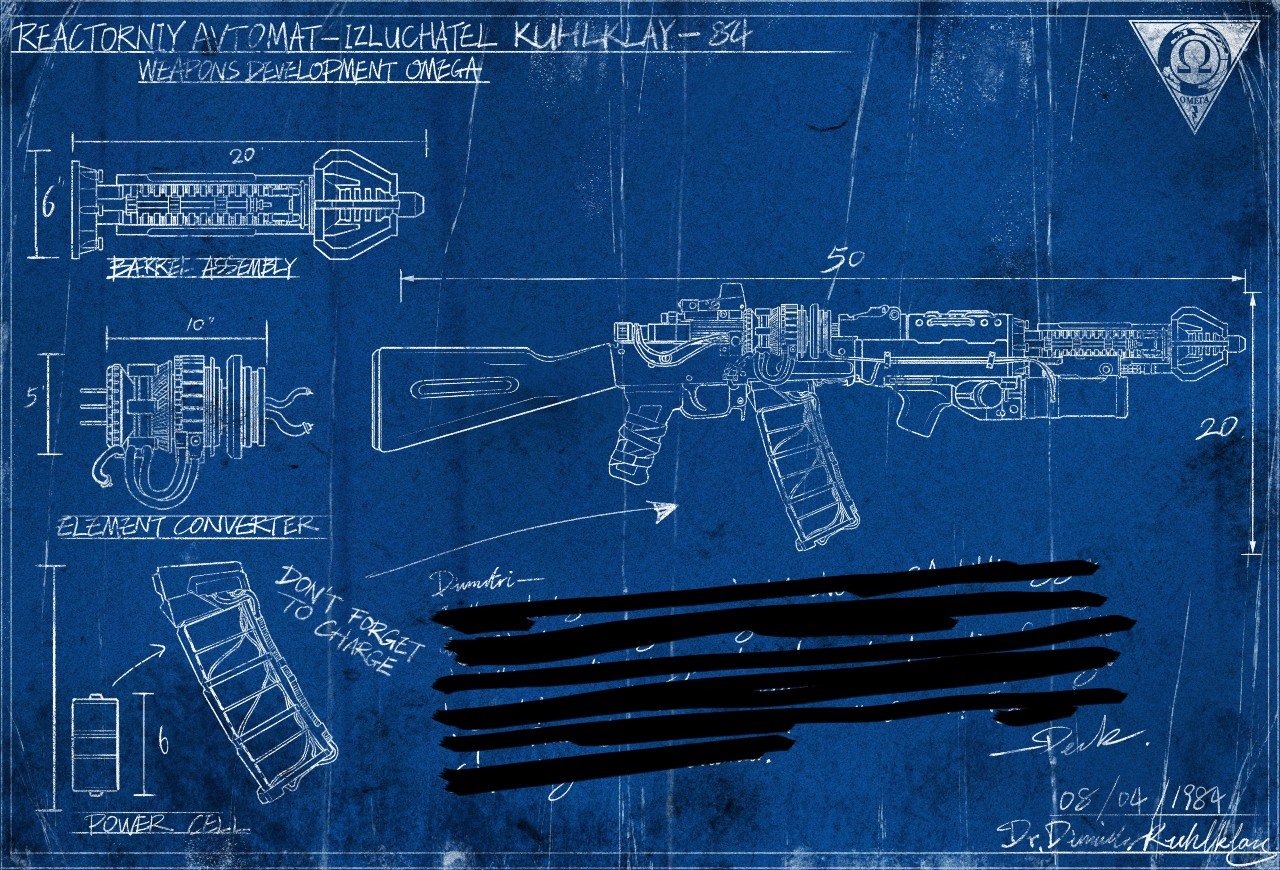 There are three ways to acquire the R.A.I. K-84 wonder weapon in Black Ops Cold War’s Firebase Z. You may get lucky and find the weapon in the Mystery Box or at the Trials. But if you want the weapon for free, you can build it yourself. Here is how you’ll build the weapon.

1. The first part you need is the blueprint for the wonder weapon. That can be found in the Weapons Lab near the computer with a red screen on it.

2. After picking up the blueprint, interact with the computer with the red screen. You’ll then be instructed to find a dead body of a Russian scientist so you can… take out his eye and get access to the computer.

To do this, head on over to the Scorched Defense section of the map (located by the Mission Control area). The scientist’s dead body will be found sitting on the side of a tank. This is pretty easy to miss so here’s a terrible screenshot of the body’s exact location.

3. Interact with the body and take the eye back to the computer. From there, you should be rewarded with a key. 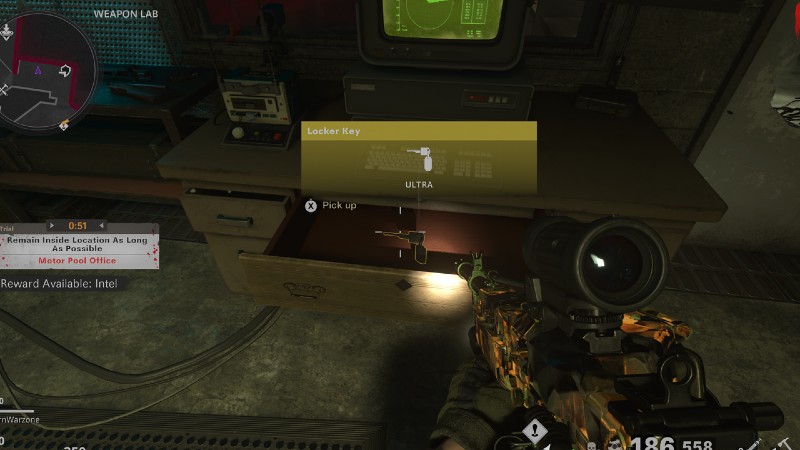 4. Go to both of the Barracks and open up the lockers in between each set of bunks. This will spawn a Mimic, which will drop the part you need when you kill it. If the part doesn’t drop, just keep opening the remaining lockers in the Barracks until another Mimic spawns. 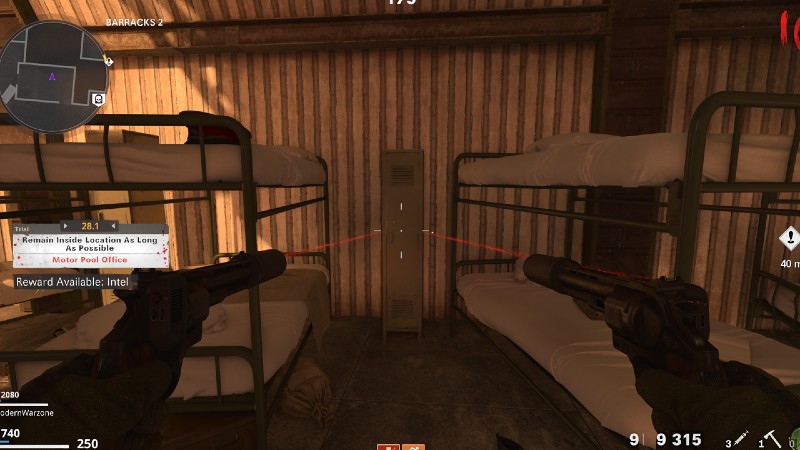 In the room next to Pack-A-Punch, you’ll notice a dartboard. Shoot the sequence you saw on the computer into the dartboard and then shoot the bullseye.

If done correctly, the part will drop out of the dartboard. 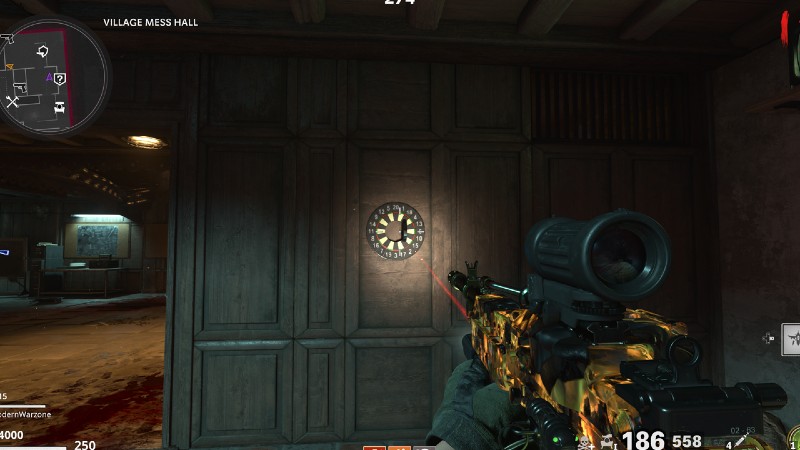 6. Next, you’ll need to wait until Round 15 or later so a Mangler can spawn. Kill the Mangler and pick up the Magazine he drops. If a Mangler doesn’t drop it, don’t worry. Just wait until another Mangler spawns and that one should have the Magazine on him.

7. You’re almost done. Take the Magazine to the Weapons Lab and place it on the charger. The charger is located on the table with a missile. It should take about one full round to charge. 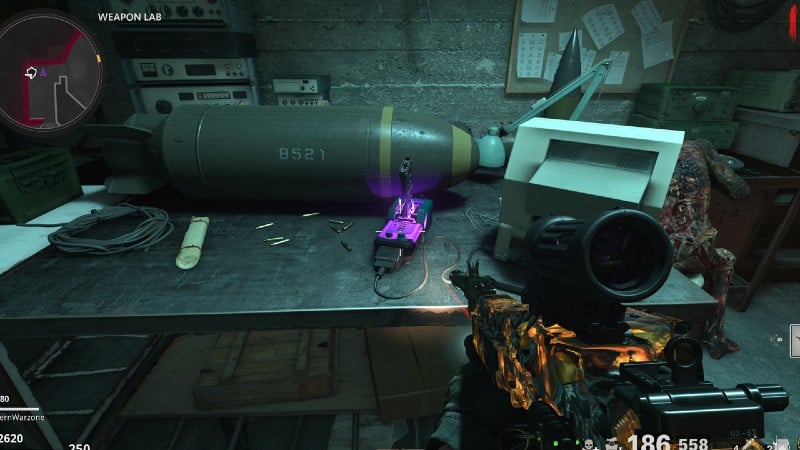 8. Retrieve the fully charged Magazine and craft the R.A.I. K-84 wonder weapon in the Weapons Lab.

The R.A.I. K-84 has two different firing modes (full-auto and launcher). You can also upgrade the weapon at the Pack-A-Punch.

Other Firebase Z Guides From MWZ