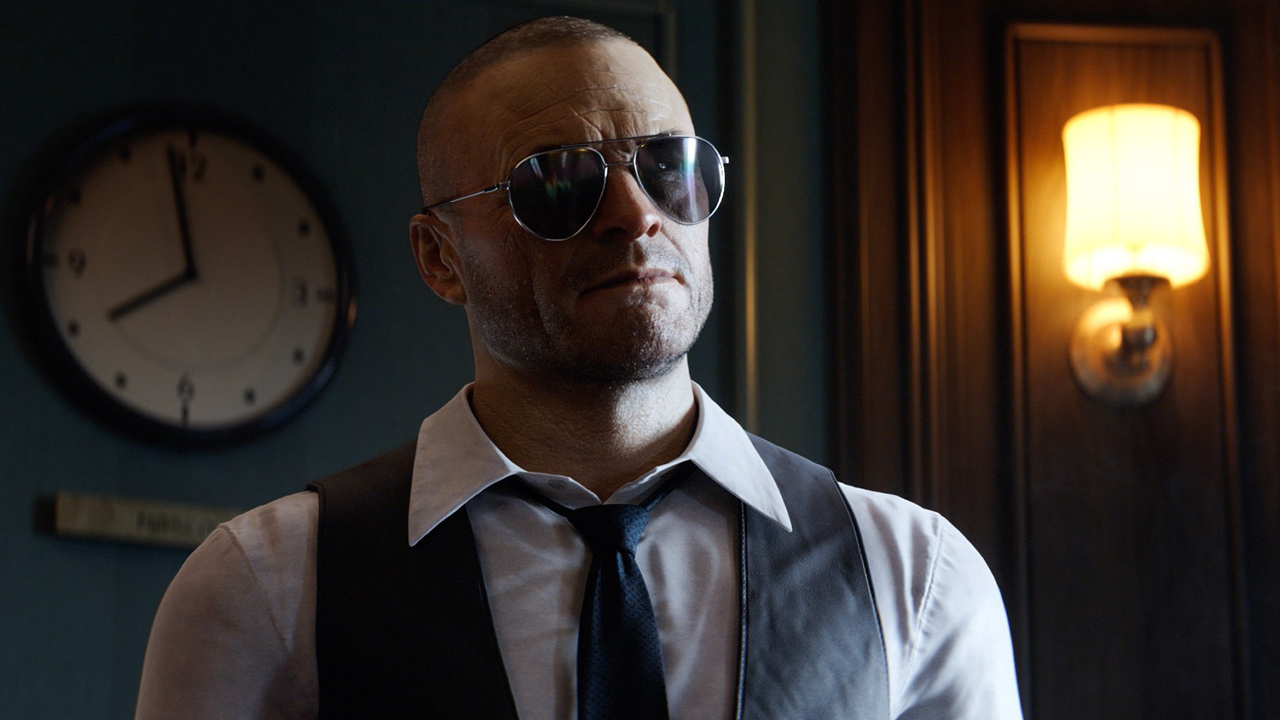 We at ModernWarzone are going to go over all the Black Ops Cold War campaign information that you need to know before the game launches next week. Get ready though. This is a long one.

Black Ops Cold War Is A Continuation Of Black Ops 1

Before the announcement of Black Ops Cold War, there was some confusion about what exactly this game was. A reboot? A sequel? Well, turns out, it seems like a bit of both.

You’ll create your own character (we’ll talk about that in a bit) and be placed right alongside these iconic Black Ops protagonists as they attempt to take down a dangerous Soviet agent by the codename Perseus. If you didn’t know, there is actually a real myth about a Soviet spy named Perseus who was supposedly active during the Cold War. Of course, this is just a conspiracy theory but it’s interesting to see Raven Software take cues from real-life myths for the campaign.

There are many new voices in Black Ops Cold War. Here are just some of the new members to the voice cast:

Missing from this list are James C. Burns and Sam Worthington. Burns voiced Frank Woods in Black Ops 1, 2, and 4. Worthington provided the voice work for Alex Mason in each of those aforementioned games. That leaves Jason Hudson’s voice actor. Originally, Hudson was portrayed by Ed Harris with Michael Keaton taking over the role in Black Ops 2. That’s why it’s not a huge surprise to see a new actor playing Hudson in Black Ops Cold War.

There has been some backlash from these recastings with the most notable being directed towards Frank Woods. Many fans adored James C. Burns’ take on the character and questioned why he was recast in favor of someone who sounded similar. Burns himself was puzzled by the choice too. In his Sarge’s Corner YouTube series, Burns voiced his disappointment over the recasting:

“I’m sure the story’s going to be fucking brilliant. It’s just that if I could have brought all that I know… like I got 80,000 pounds of weight to bring to this thing. And not a knock on whoever they got in to do it, but he doesn’t have the background I have with Woods. I’ve got 11 years with this guy man, and I have all this backstory and all this front-loaded stuff… and I know the… man! So that’s my frustration. I would have fucking cru – not that this guy’s not going to do a good job. I’m sure he is. He’s a professional actor. I’m sure he’ll do fine. But… ah! I would have fucking crushed this thing. That’s my frustration. I wish I had a shot at it. Because man I think I would have really… I would have done a great job. I’m so bummed I didn’t get a chance at it. That’s all.”

Those mission descriptions contain light spoilers. So, we aren’t going to post them in this article But, if you want to read more, you can click here to go to the original Activision post. 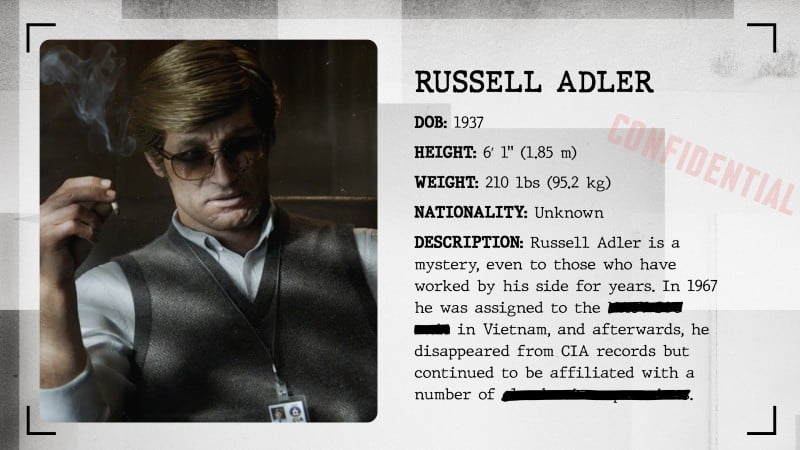 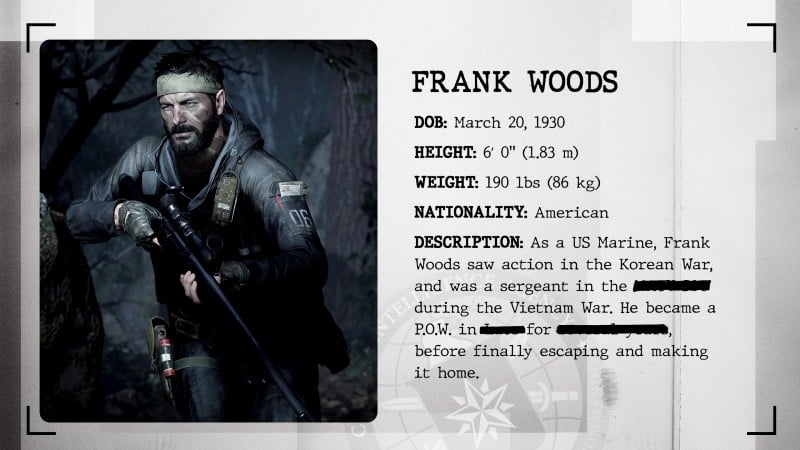 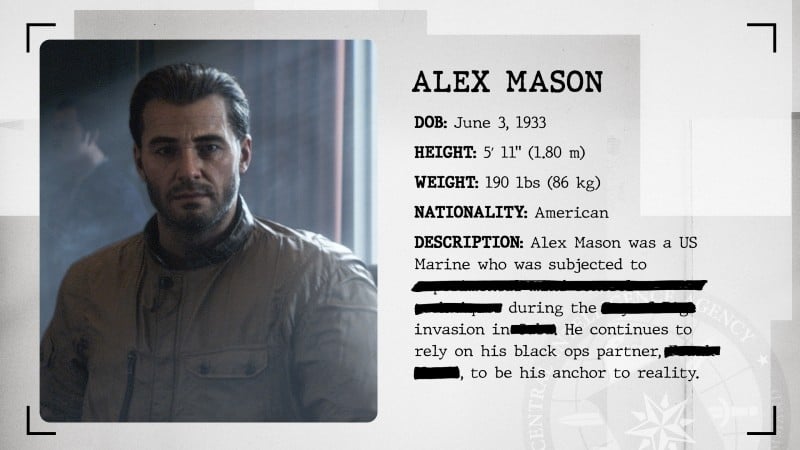 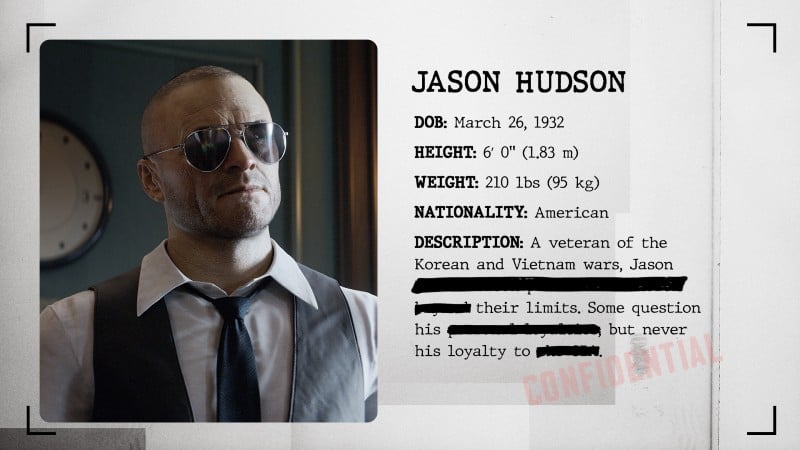 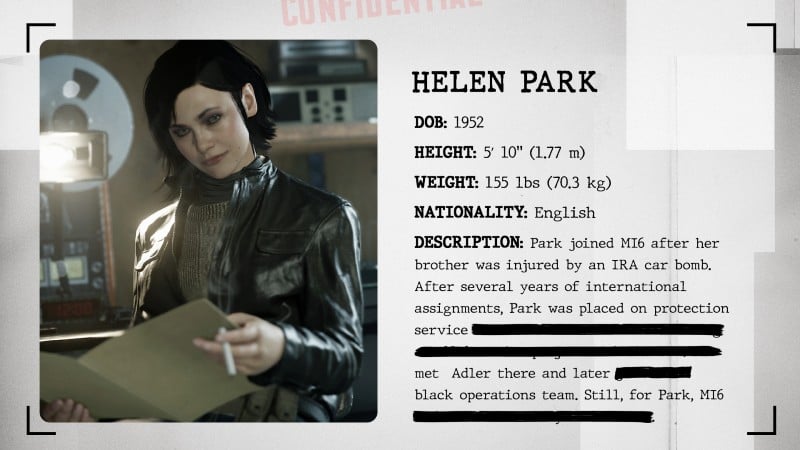 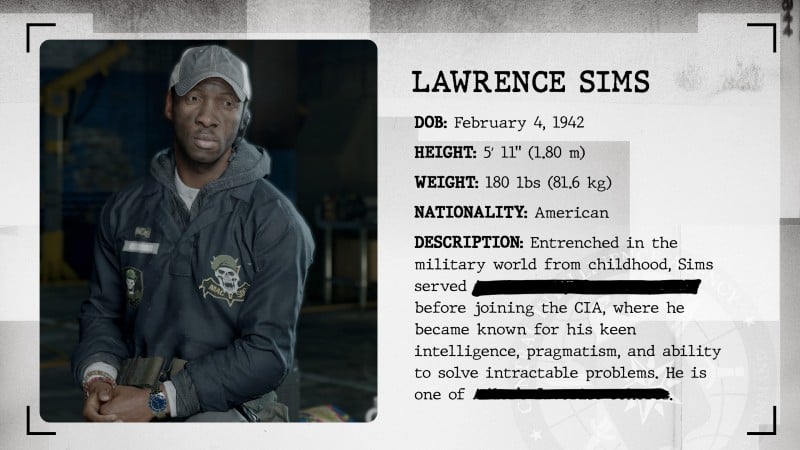 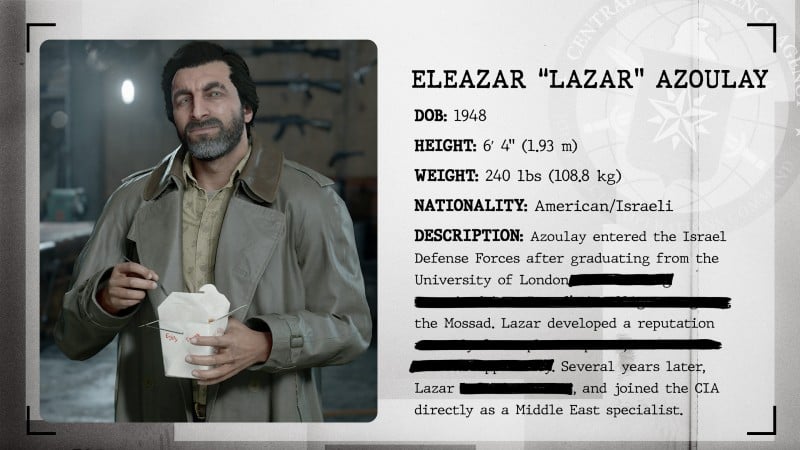 The Nowhere Left To Run Demo From September’s PS5 Showcase

Treyarch and Raven Software unveiled our first look at Black Ops Cold War story gameplay during September’s PS5 showcase. You can check that out down below:

The trailer showcased brutal takedown animations and a high-speed chase involving a plane and an RC car. So, in short, it’s exactly what you would expect from a Call of Duty story.

The Black Ops Cold War campaign doesn’t stop with its conspiracy-fueled narrative or fresh voice cast. Where the game really starts to show growth is with its player choice and the return of side missions in Call of Duty.

Optional Side Missions In The Black Ops Cold War Campaign

Along with the main story campaign, Black Ops Cold War will have optional side missions that takes influence from ‘80s video games. Speaking with the Official PlayStation Magazine (via SegmentNext) Raven Software Creative Director Dan Vondrak explained that there are puzzles in each side mission that will unlock intel and other parts of side missions:

“I was like, dude, if this was an ’80s game, you would have to solve some kind of puzzle. People thought I was crazy. [Now] you have to use the evidence to solve these puzzles and that’ll unlock a different part of the side mission, so even here we wanted to make a call back to the ’80s.”

Optional side missions with ‘80s-style puzzles sound cool and all but, that’s really the tip of the iceberg when it comes to choice in the Black Ops Cold War campaign. You’ll be able to create your own player in the campaign and customize them. 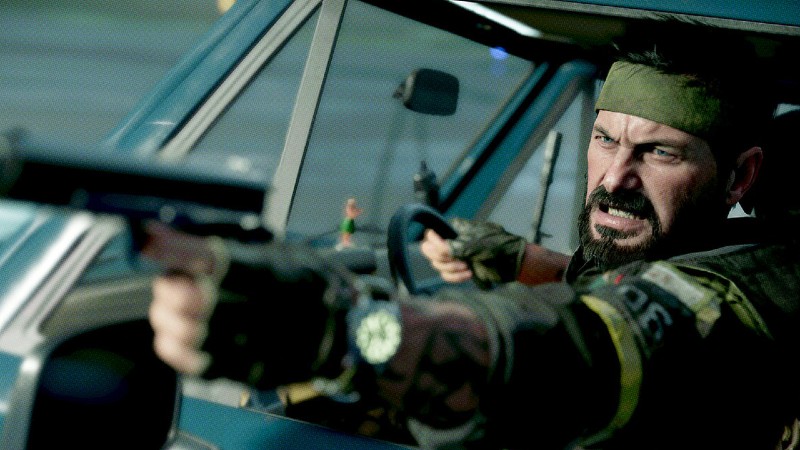 Black Ops Cold War’s campaign will share some traits with 2012’s Call of Duty: Black Ops II. At Opening Night Live in August, Dan Vondrak confirmed that player choice throughout the game will have an impact on the story campaign’s ending.

This wasn’t a spur of the moment creative decision either. Here’s what Vondrak had to say regarding how the team structured the Black Ops Cold War campaign and how it’s sort of a tribute to Call of Duty: Black Ops II (via GameSpot):

“When we started creating the story, we had multiple endings in mind right away. And that really helped. I think if you try to add those later, or if they just don’t fit the story you’re telling, then you shouldn’t add them. But we knew right away that we wanted to do that. I absolutely loved the idea that we could [have a] little bit of homage to Black Ops 2 by having these [multiple endings].”

For those who prefer the high-octane linear style Call of Duty has been known for, don’t worry. While speaking with GamesRadar, Vondrak confirmed that the choices won’t be overwhelming or in every mission. That said, the dev team still wanted the choices you make in the game to matter. Some won’t be necessarily right or wrong. But they will be yours to make:

“With all the choices in this game we knew the final piece of the puzzle was to make sure the player could feel the impact of their choices and decisions to the world and the characters around them. So we do allow the player to shape the ending of the game based on their earlier choices. Now we didn’t want to go crazy and add too much and dilute it, but we added enough that the player can really feel the impact of the decisions they made.”

If you are looking at this article, you are probably an avid fan of the Black Ops story campaigns and all of the insane twists that come with them. That’s why if you are someone who is excited to play the campaign next week, you should definitely be cautious when browsing the internet. A while back, Call of Duty dataminer BKTOOR released leaked campaign footage of what looks to be a scene from one of the endings in Black Ops Cold War. It doesn’t spoil much without context but if you are someone who is looking to go into the campaign blind of all spoilers, you should probably avoid this clip.

Along with the clip, BKTOOR found multiple location names in the video files for Black Ops Cold War including Germany, Russia, Nicaragua, and Vietnam. Even though those locations are familiar to past Black Ops campaigns, this doesn’t necessarily mean that you would travel to every one of these locations in the game.

PawnTakesPawn has been a pivotal part of the Black Ops Cold War promotion. For months, players have gone to the website to solve various Easter Eggs that unlocked reveal dates, teaser trailers, and other pieces of content. One of the ways Treyarch has given us hints is through a mysterious hooded figure that seemed hellbent on declassifying things those in power want kept secret. In late October, the hooded man announced himself to be William Bowman, the son of Joseph Bowman.

Genuinely did not see this one coming. 🤯 pic.twitter.com/UoKGm3PUhC

Joseph Bowman (voiced by Ice Cube) was a major member of the SOG group during the events of Call of Duty: Black Ops 1. Bowman fought alongside Alex Mason and was the right-hand man to Frank Woods.

In the Black Ops 1 campaign mission “Payback,” Frank Woods, Alex Mason, and Joseph Bowman are being held prisoner by the Soviet and Vietcong forces. The captured members of the SOG team are then forced to play a game of Russian Roulette. A mentally and emotionally broken down Bowman refuses to go along. He is then viciously killed by a Soviet interrogator with a pipe. Woods and Mason would later escape their prison, kill their captors, and get some measure of revenge for their fallen friend.

Another Easter Egg found in PawnTakesPawn explained that Joseph’s wife was pregnant with William around the time Joseph died. By exploring the PawnTakesPawn site knowing all this info, you’ll realize that William had a pretty rough childhood and seems deadset on finding Perseus (who he blames for his father’s death). However, here’s where things get a bit dicey. Based on when William Bowman was apparently born, he would only be in his teenage years during the early 1980s. So, that leaves us with 2 theories.

No matter what direction Raven goes in, William Bowman is definitely the wild card in the Black Ops Cold War story.

And that’s everything you need to know going into the Black Ops Cold War campaign!

For more Black Ops Cold War coverage, check out this article telling you when you can preload the game, or this piece breaking down everything from the Black Ops Cold War zombies reveal in September. Also, be sure to follow ModernWarzone on Twitter for the latest Call of Duty news!